STATE INSTITUTION
"ENT Center of the Republic of Belarus"

STATE INSTITUTION
"ENT Center of the Republic of Belarus" 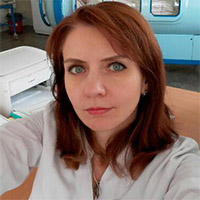 The Department of Hyperbaric Oxygen Therapy was opened in 1982. It is one of the oldest departments of hyperbaric oxygen therapy in the Republic of Belarus.

The specialists of the department developed the most effective approaches for the treatment and prevention of ENT disease.

The chamber is equipped with the system that monitors the internal environment and a patient’s condition during treatment.

A physician and a nurse monitor each session of hyperbaric oxygen therapy.

Hyperbaric oxygen therapy is prescribed as part of combination therapy and rehabilitation for:

© 2020 "THE REPUBLICAN CENTER FOR RESEARCH AND PRACTICE IN OTOLARYNGOLOGY"